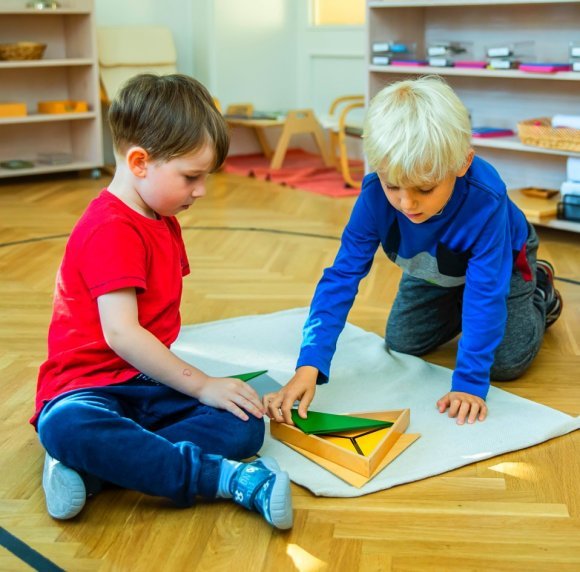 Duhovka Czech-English Montessori Nursery and Preschool is located in Prague, in the Lesser Town (Malá Strana) and in Střešovice. We offer education to children between the ages of 1.5 and 6 years. The Preschool was established in 2008 and is a member of AMS - American Montessori Society. The follow-up for the Preschool is Duhovka Elementary School and Duhovka High School. In our classes, English and Czech-speaking Montessori teachers guide children together. Throughout the day the children experience a foreign language and acquire it in real, natural situations.

In Duhovka Preschool, we create a high-quality Czech-English environment that promotes the child's natural curiosity and helps to develop their full potential in the spirit of: "Help me to do it myself."

The Montessori environment develops children's skills and creativity and helps build social skills and independence. Children gain assurance based on satisfaction with themselves and understanding of their surroundings. This brings a sense of responsibility and a desire to be part of the world around them. 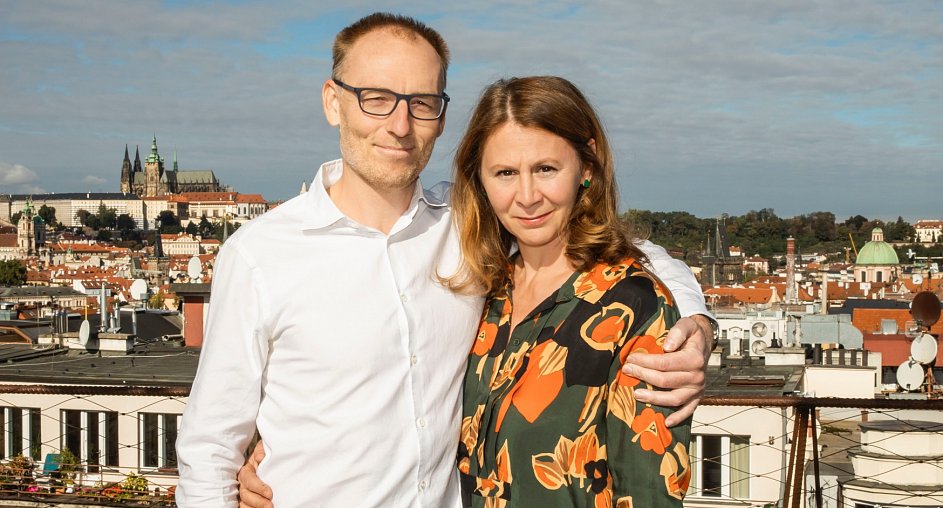 The story of Duhovka began in 2008 when we were choosing a preschool for our oldest son. State preschools were full and we had a baby at home, so we had little hope that when a place at a preschool became vacant it would be allocated to us. For that reason, we started looking at private preschools. At that time, most private preschools in Prague were based on teaching in a foreign language, which was not in line with what we wanted in a preschool for our children. At that point, we thought of setting up our own preschool, which would be both Czech and English, and which would be based on respect for children. A preschool we would want for our own children.

Together with our children, we live in the Czech Republic, so it was important for us that our children build on our roots and learn the Czech language well. We thought, the sooner they know Czech, the sooner and more in depth they will be able to devote themselves to other languages and activities. At the same time we liked the idea of a preschool where children meet people from various nationalities, and where teachers speak more languages. Since we had not found any bilingual preschool, we decided to establish one on our own.

At the next stage, we were considering the teaching concepts and children’s needs at this age. We discovered and then fell in love with the Montessori pedagogy, which seemed to be speaking from our soul. The Montessori motto “Help me to do it myself” fully accorded with how we imagined education for our children. Montessori creates conditions for children to naturally develop their skills and individuality, and to experience themselves as capable, self-confident and compassionate; conditions where they naturally feel their boundaries and the boundaries of others, and share their gifts with the world to enrich it. We believe that in such a world we will all be able to live in a better way.

Your Ivana and Tomáš Janeček